Methodical center of innovative technologies of language training "Tildaryn" was created in January 2011, the Public Fund of the Assembly of people of Kazakhstan with the support of "National Welfare Fund" Samruk-Kazyna" JSC pursuant to orders of the President of the Republic of Kazakhstan, aimed at implementation of the state language policy, given at the XVI session of the Assembly of people of Kazakhstan and noted in the President's Message to the Nation "Build future together".

The purpose of  "Tildaryn" MC:

Studying and expanding the functional scope of the state language, the development and implementation of effective and new methods of teaching state, English and languages of ethnic groups living in the Republic of Kazakhstan

• Introducing with the advanced experience of foreign experts in the field of accelerated learning languages and their distribution;

• The introduction of advanced technologies in the field of teaching the state language and other languages;

• Enhancing the role of the Assembly of people of Kazakhstan in the expansion of the scope of the state language and the development of native languages;

The Center established a scientific advisory board. It is composed of linguists, representatives of ethnic and cultural associations, prominent public figures, scientists and experienced teachers philologists.

• European Association for the Development of Education;

• The Ministry of Culture and Information;

• The Center is innovative and communicative linguistics Dmitry Petrov.

Development and publication of educational and methodical complex (UMK)

By order of the Committee on languages of the Ministry of culture and sports of the Republic of Kazakhstan "Kazakh tili. Tildaryn" educational complex of levels b-1 and b-2

Inclusion of educational and methodical complex "Kazakh tili. Tildaryn" level a-1, a-2 in the Record of state registration of normative legal acts No. 8890" on approval of the list of textbooks, teaching materials, manuals and other additional literature, including electronic media, permitted for use in educational institutions" by Order No. 515 of the Ministry of education of the Republic of Kazakhstan dated December 10, 2014.

By request of "TengizChevroil" LLP "Barshaga arnalgan Kazakh tili", the level A-1. The study of Kazakh language through the English language. The training manual is intended for employees of various embassies, representative offices of foreign companies working in the territory of Kazakhstan, foreign guests and the younger generation of ethnic Kazakhs living abroad and speaking English. This is the first attempt to use the Latin alphabet.

Book by N.A. Nazarbayev "Idea of peace and public consent", previously published in Kazakh, Russian and English, has been translated into Uzbek, Uighur and Ukrainian. Ethno-cultural associations took part in the work on the translation. This book analyzes the modernization of the sphere of interethnic relations, stages of formation of social harmony, shows the role of the Assembly of people of Kazakhstan as a public institution of harmonization of interethnic relations, through the prism of active participation of Kazakh ethnic groups in the integration and formation of common values: peace, friendship, national unity, tolerance and consent.

2. The creation of the phrase "Languages of people of Kazakhstan”

The book contains common words in 27 languages of Kazakhstan people. This is an attempt to combine a large number of languages in one PhraseBook intended for those who are interested in the culture and languages of ethnicities living in the territory of our Republic. The idea of creating the proposed PhraseBook for interethnic communication belongs to the Head of state – Nursultan Nazarbayev. The materials were prepared with the support of national cultural associations and teachers for the study of the native languages of national schools. This is the second edition of the PhraseBook, where modern vocabulary and the most used phrases are systematized. 300 lexical units from UMK "Kazakh tili. Tildaryn" level A-1 were added.

As part of the preparation and holding "EXPO -2017", this is one of the most relevant and necessary benefits.

"Tildaryn" on a regular basis conducts language courses, trainings, takes an active part in joint seminars with leading universities of Kazakhstan, linguists, participates in research programs of the MES together with the Central Asian University, leading linguists of Kazakhstan.

In order to develop the State program of functioning and development of languages of the Republic of Kazakhstan for 2011-2020, MC "Tildaryn" from February 10 to February 21, 2014 conducted intensive training courses in the Kazakh language for civil servants of akimat of Ekibastuz.

From 14 to 15 November, an international scientific methodological seminar "Multilingualism in the modern world: trends and prospects", devoted to Tolerance Day was held at ENU for the faculty and students of Philology faculty.

Participation in the Fund's activities

of the Assembly of people of Kazakhstan

1. October 22, 2014 participated in the seminar "State language as a unifying factor of Kazakhstan" to promote the state language for representatives of ethnic and cultural associations, civil servants involved in the implementation of the state language policy, Sunday school teachers, linguists, members of the scientific and expert Council of APK.

3. November 13, 2014 participated in the first National Forum of the Council of mothers on tolerance in the family. 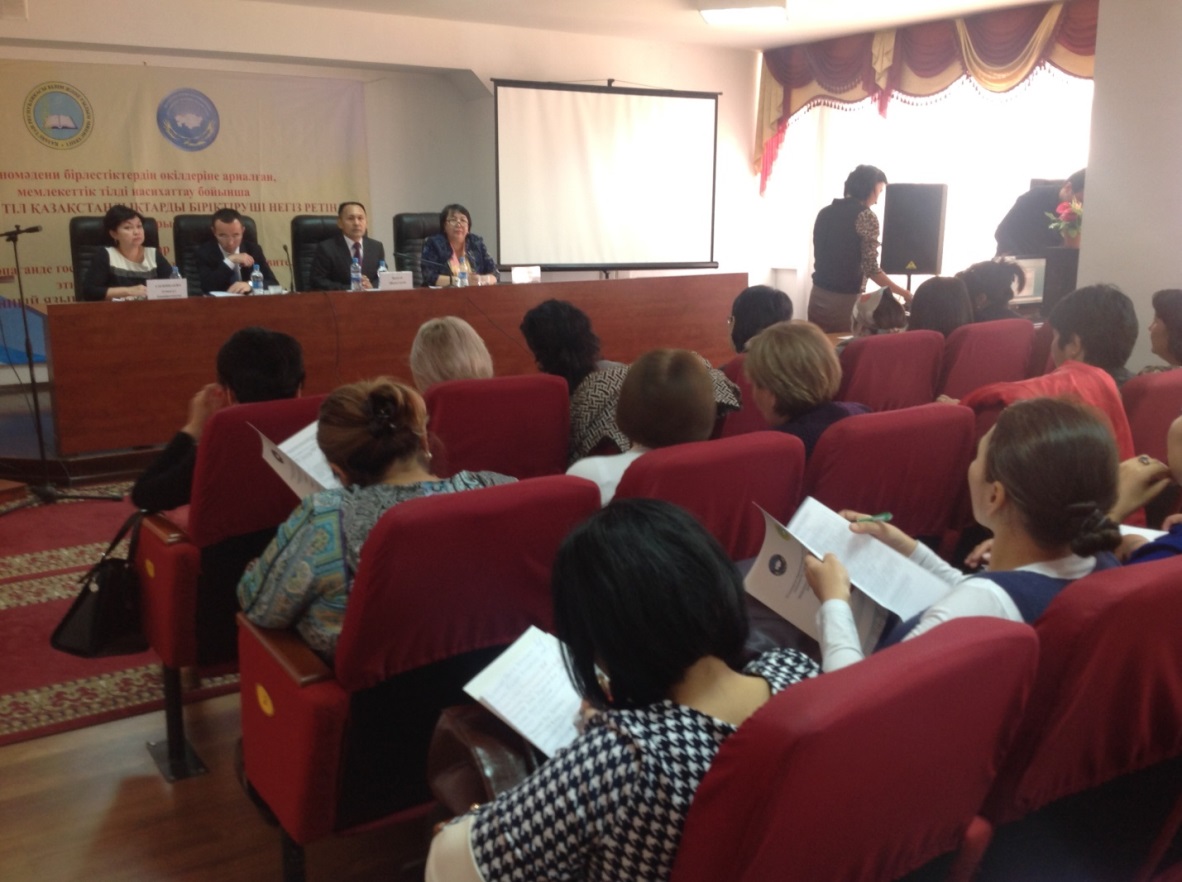 Participants of the seminar in Astana 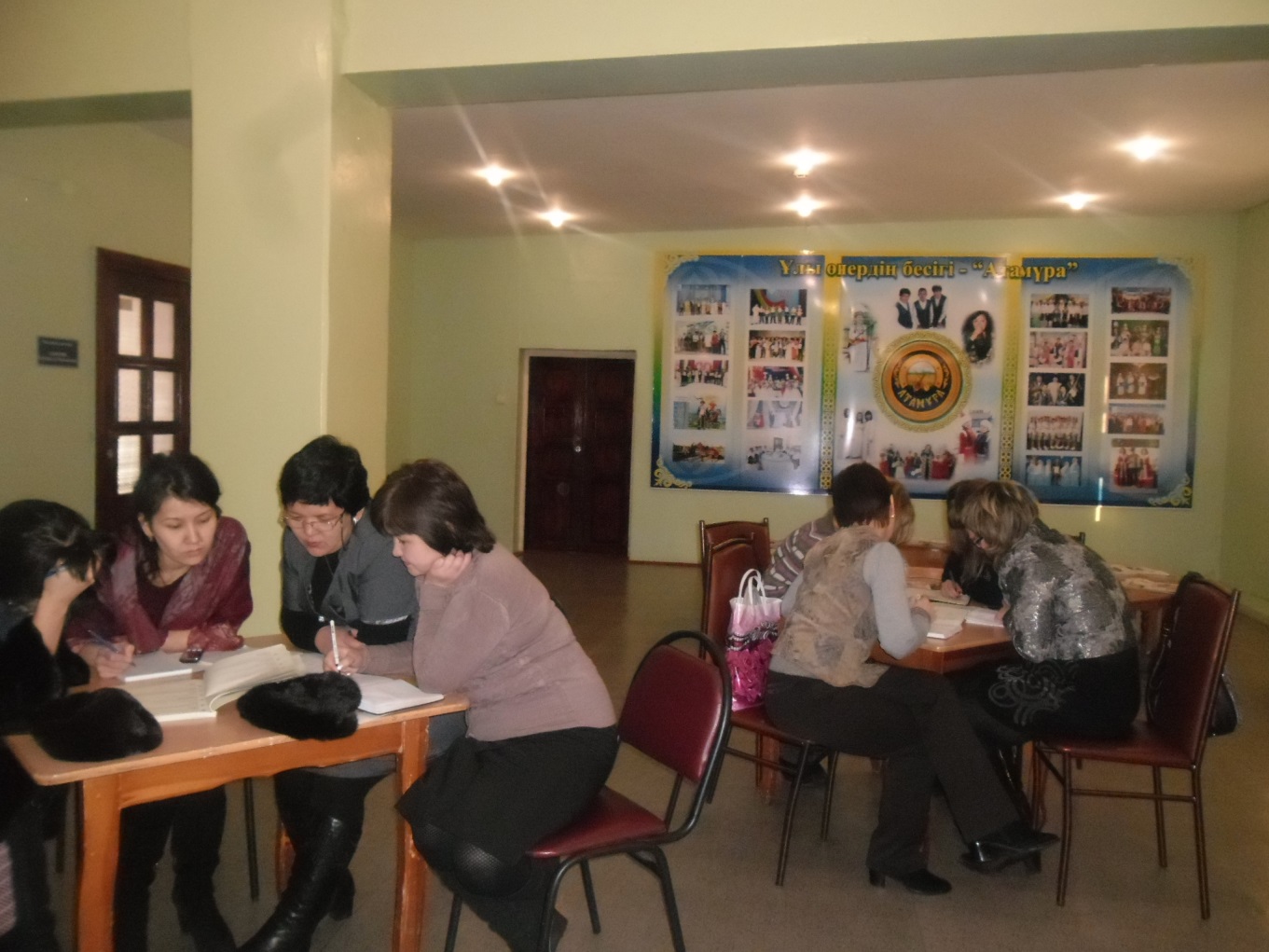 Participants of the seminar at ENU

Participants of the akimat’s seminar 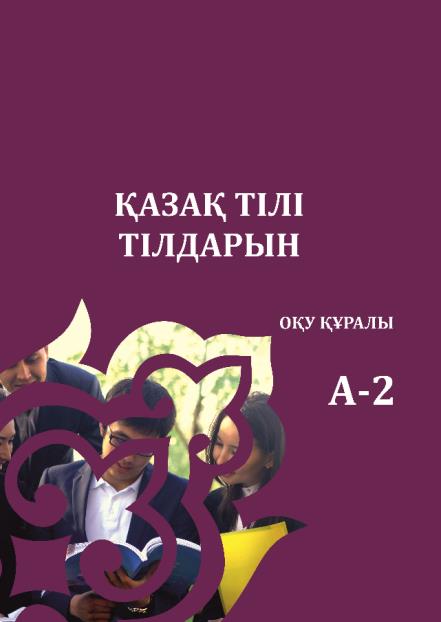 Conversation "Languages of the people of Kazakhstan” 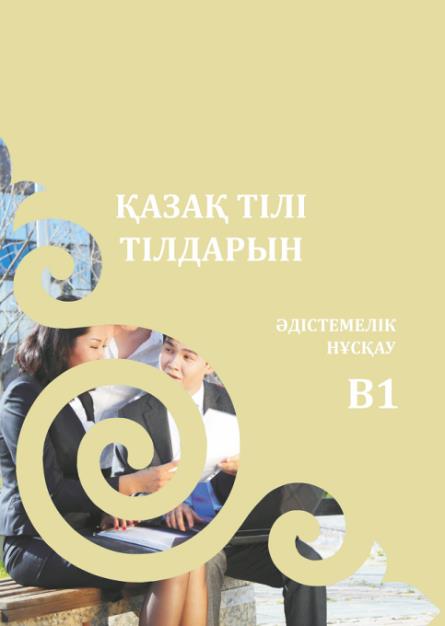 Textbook "Kazakh language for all", level a-1.