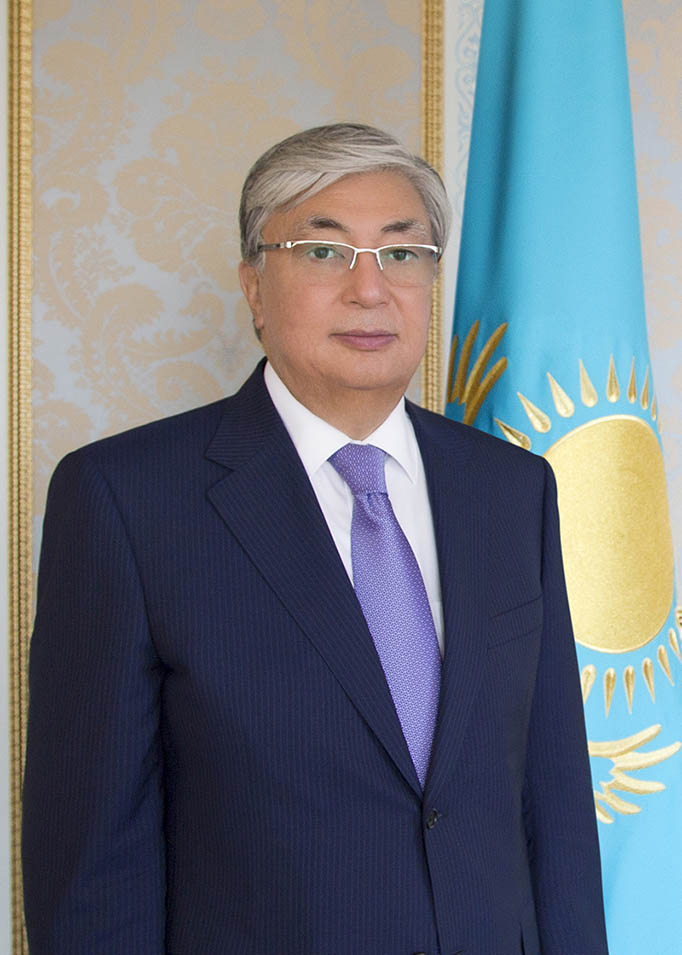 THE PRESIDENT OF THE REPUBLIC OF KAZAKHSTAN

Born on May 17, 1953 in the city of Alma-Ata (now Almaty). Father - Kemel T. Tokayev (1923-1986), a veteran of World War II, a well-known writer, founder of a detective-adventure genre in Kazakh literature. Mother - Turar Shabarbayeva (1931-2000), worked for the Alma-Ata Teacher Training Institute of Foreign Languages.

In 1975 K. Tokayev graduates from the Moscow State Institute of International Relations (MGIMO), has a pre-degree internship at the USSR Embassy in the People's Republic of China, in 1983-1984 he works on probation at the Beijing Linguistic Institute. In 1992 he finished the Diplomatic Academy of the Ministry of Foreign Affairs of the Russian Federation.

October 16, 2013 he is re-elected as the Chairman of the Senate of the Parliament, Kazakhstan.

Since 2007, he has been a member of Nur Otan Party and the Bureau of the Political Council of Nur Otan Party. Member of the Security Council of Kazakhstan. Extraordinary and Plenipotentiary Ambassador. Doctor of Political Sciences. Full member of the World Academy of Humanities and Natural Sciences. Member of the Council of the Wise Men of the Munich Security Conference. Honorary Professor of the Shenzhen University (PRC) and the Diplomatic Academy of the Ministry of Foreign Affairs of the Russian Federation. Honorary President of Kazakhstan’s Council on Foreign Relations. Honorary Dean of the Geneva School of Diplomacy and International Relations. According to the Russian Biographical Society, he enters the list of winners of the “Man of the Year - 2018”. For 13 years he headed the Table Tennis Federation of Kazakhstan.

He is the author of 10 books on international relations.

He is awarded numerous state awards of Kazakhstan and foreign countries, as well as commemorative medals.

He supports a healthy lifestyle. He is fond of reading fiction, political and memoir literature.

His son is Timur.

An online meeting of Mediation Council was held