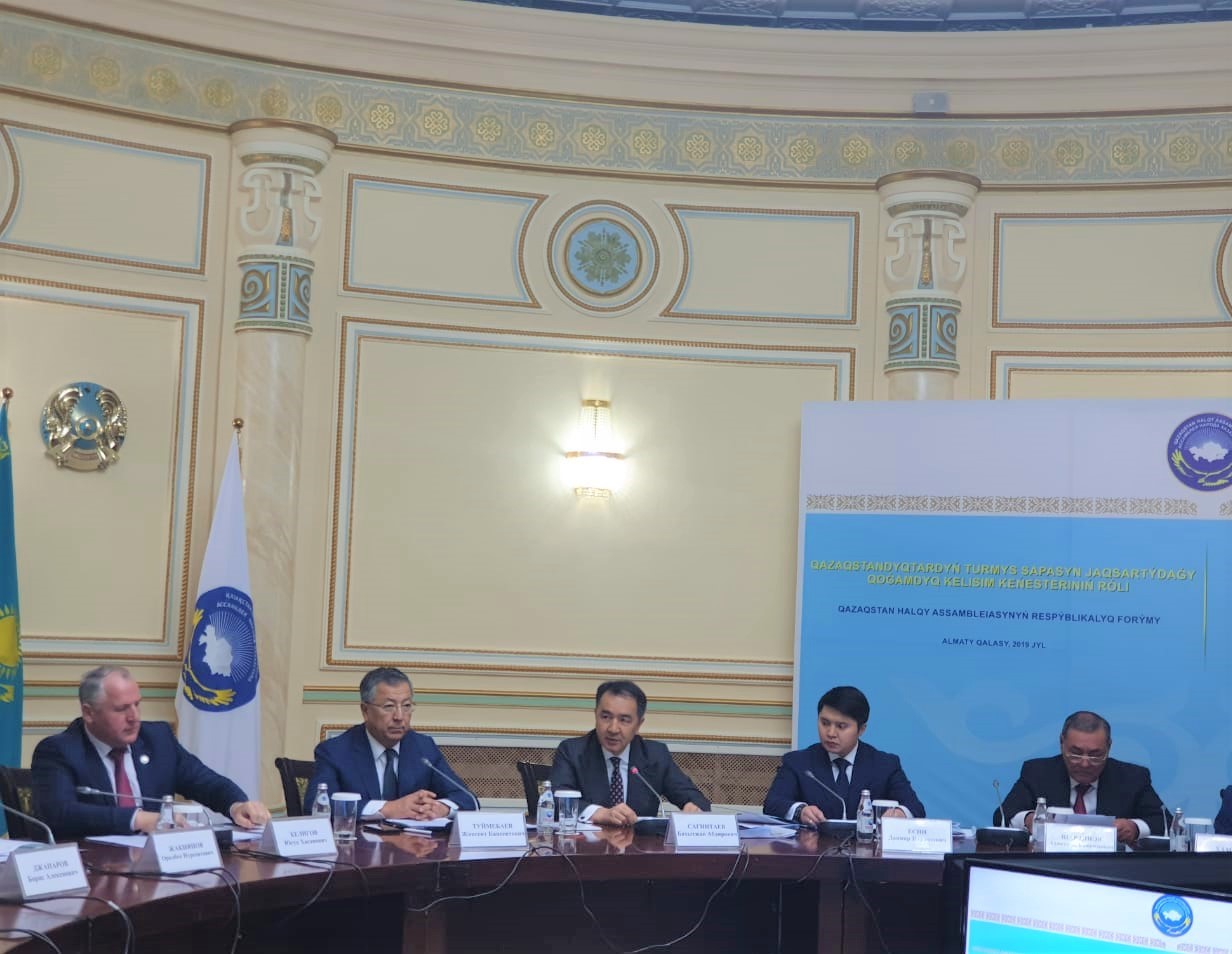 In the course of his speech, Bakhytzhan Sagintayev, Almaty Mayor defined seven strategic guidelines for the city development. Among the first points the mayor noted that Almaty should become a world city, and also turn into a metropolis with polycentric layout and convenient transport.

"A safe city with a low level of crime and man-made threats. In addition, the city should become a convenient platform for initiatives. Solving problems at the place requires the activity of citizens. 90% of the problems should be solved at the local level on the initiative of residents. Garden-city with high standards of ecology, integration of natural and urban environment. Business capital. The center of investment, technologies and talent attraction. The last one is the cultural capital. The center of cultural influence on the whole macro-region. An ultramodern city with an advanced lifestyle that sets trends and standards with a high level of education, everyday life and mass culture," said Bakhytzhan Sagintayev. In addition, the mayor said Almaty universities should be on the top of the university world list.

It was also proposed to include a strategic reference point for Almaty – Inter-Ethnic Accord and Inter-Religious Understanding Center. That is, the city will continue to work on strengthening interethnic accord and inter-religious understanding, create conditions for the development of languages and culture of all ethnicities, strengthen the role of the Kazakh language to the language of interethnic communication, increase the authority of non-governmental organizations.

"The Councils of Public Accord perform the functions of public control, consider the issues of concern to the population, act as organizers of socially significant events, deal with the development of charity, patronage and mediation. The Assembly of People of Kazakhstan has become a unique dialogue platform and an effective resource for social modernization. Our citizens speak their native languages, preserve their original culture and traditions, freely profess their traditional religion. All ethnic diversity and multicultural environment are unobtrusively intertwined in the daily life of the city. This work is carried out in cooperation with non-governmental and youth associations, representatives of religious denominations, the media and various state organizations. Qassym-Jomart Tokayev in his Address to Kazakhstanis set strategic objectives aimed at systemic changes in society, including one of the priority tasks - to increase incomes of the population and solve social problems," said Bakhytzhan Sagintayev, citing the words from the Address.

"Our common task is to implement the concept of ‘Hearing State’. This concept promptly and effectively responds to all constructive requests of citizens. Our tactical steps in these areas have been identified. We have already moved on to their implementation. A concrete action plan has been developed on all issues of concern to society, including the development of medicine, education, security and social support. The heads of city administrations and district mayors have not only established accumulators in social networks for feedback from the population, but also hold regular Open Days. The first leaders bear personal responsibility for each appeal left unattended. Personnel decisions will be made first of all on the basis of the assessment of their work by residents," said Almaty Mayor.