We are a united country!

Nowadays, the life of Kazakhstan and all ethnic groups living in it is in the eyes of the world community. It is known that in the spiritual and cultural life of every ethnic group living in any country, there must be peace, harmony and creative work. It is impossible to rebuild the democracy without it, promote our culture and achieve economic stabilization. This is directly related to all small ethnic groups in the country. 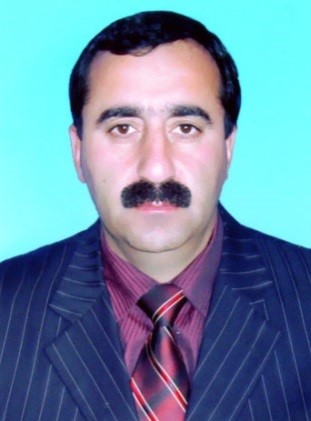 After gaining its independence, Kazakhstan has undergone the significant changes not only in the life of our society, but also in national policy. In the interethnic relations of the Republic of Kazakhstan, the issue of nationhood, implemented by the state, aimed at resolving national conflicts and fulfilling the national aspirations of all ethnic groups, has become a dimension of a comprehensive argumentative system.

The members of the Turkestan regional assembly, that has always been the source of lasting peace, have always been the catalyst for serious initiatives for the future of the country and have always been involved in important issues for our society. The ethnocultural associations, that were like children of the same family, were grouped under the roof of the assembly and became the cornerstone of the number of important tasks.

The first president of the country, Elbasy Nursultan Abishuly Nazarbayev said, our national traditions, language and music, literature, traditions, and the national spirit must remain forever. Of course, all national values ​​are passed on to the younger generation from the family, kindergarten and school. It should be further deepened in higher education.

A light of truth shines even under the river. There is no sincerity. Everything needs the transparency and truth. There is a saying of Abai: “Honesty is not enough”. Our loyalty to our country, land, love for our nation must grow. We must celebrate the morality, peace, integrity and unity of the country.

Our republic is a multinational state. To do this, we need to explore not only the ethnocultural features of large ethnic groups, Kazakhs and Russians, but also small ethnic groups. In the process, the study of the fraternal Turkic ethnos with the Kazakh people is a modern and topical issue.

The Turkish National Cultural Center was established in February 1991. In 1996, it changed its name to the Turkish “Akhyska” society. There is a structural system of communication with the regional, city, district branches of the republican society and the settlements densely populated by the Turkic ethnic group.

The directions of the public association are as follows:

· To serve the interaction of national cultures of the people of Kazakhstan, including Kazakh and Turkish cultures. Contribute to the development of cultural ties between Kazakhstan and Turkey;

· Organization of cultural and educational work among the Turkic ethnos in the field of study of the native language and history, preservation and development of culture, customs and traditions;

· A study on the problems of the Turkic ethnos and protection of their interests in state and public associations in the republic, abroad;

· Introducing and propagating the history, culture and art of the Turks to people of other nationalities.

In this direction, the members of the Turkish ethnocultural society “Akhyska” in Shymkent, people working in all spheres of our society are working hard for the unity of the country.

A state policy in the field of social harmony and national unity in our country calls for the unity, not discrimination. From this point of view, I am confident that the members of the Assembly, who are working for the good things of the country, will give a worthy support to the serious initiative to unite the country.

The first president of the country, Elbasy Nursultan Nazarbayev said, our position is always peace, our life is stability, our wish is friendship!

Member of the Turkish ethno-cultural society “Akhyska” in Shymkent