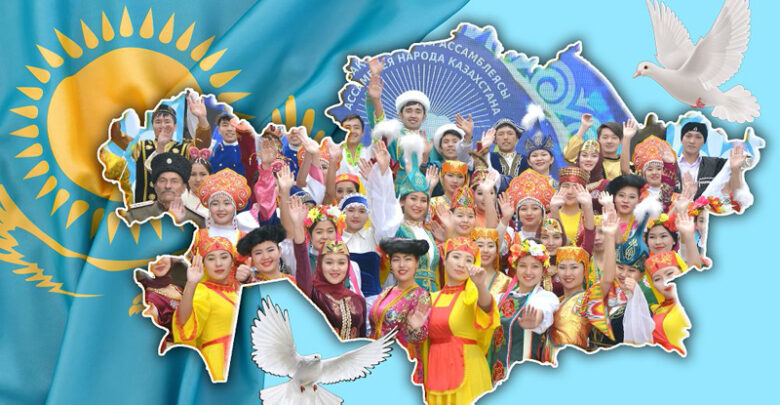 We are all brothers!

“Love all humankind, brother!” Every time I come back to this instructive parable of the great Abai, I think of his visit to the Kabardino-Balkaria Republic on the slopes of Kap Mountain two years ago. In October 2019, we took part at the International Poetry Festival dedicated to the 105th anniversary of the People's Poet of the Republic of Kazakhstan, the Laureate of the State Prizes of the Republic of Kazakhstan and the RSFSR, the Hero of Socialist Labor, Alim Pshemakhuly Keshokov… 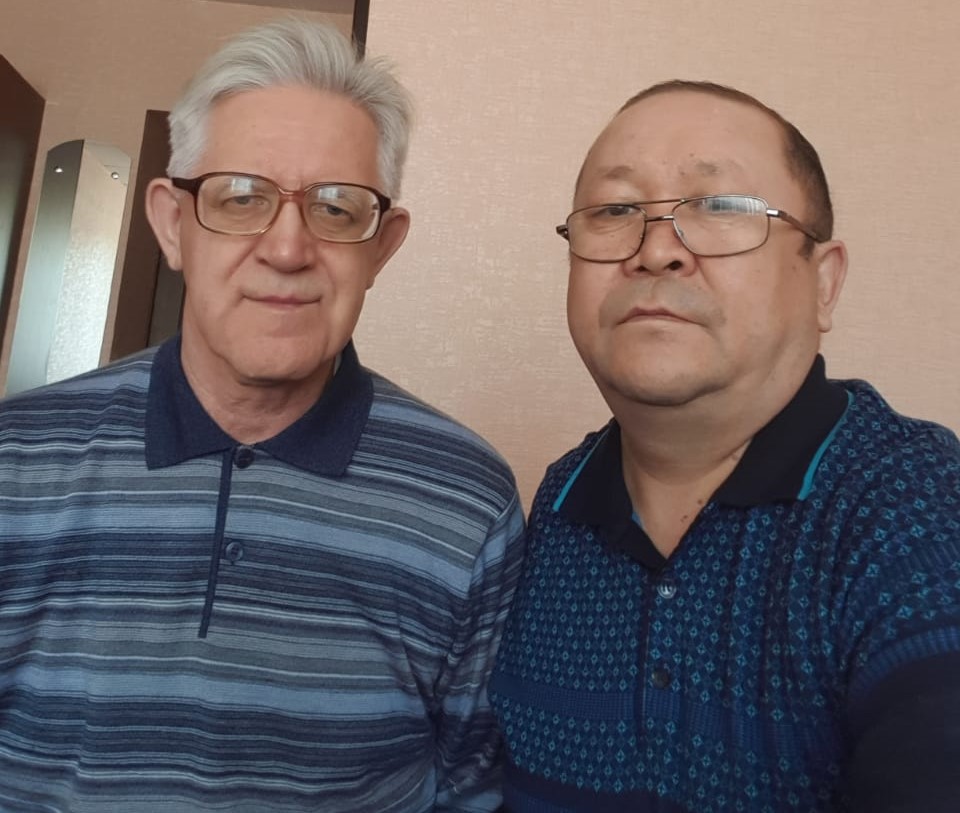 It is known that Alim Keshokov, who is named after the great poet of the fraternal Balkar nation of Russia, Kaisyn Kuliyev, was a very popular figure in the former Soviet Union. For more than 10 years after the war, he headed the Writers' Union of the Republic of Kazakhstan. From 1970 to 1980, he was the chairman of the USSR Literary Fund. During his tenure, he took a great care of the writers of the Allied republics. More than 60 poets, writers, literary researchers and public figures from near and far abroad gathered for the 105th anniversary of such an outstanding poet.

We flew from Moscow to Arasan (Mineral waters) with members of the Russian delegation. My partners were the chairman of the Council of Nations of the Union of Writers of Russia Valery Anatolyevich Latinin and the editor-in-chief of the newspaper “Literary Russia” Vyacheslav Vyacheslavovich Ogryzko.

A journey to Arasan and then to Nalchik took about four or five hours. No matter what, the instructive stories of the writer V.A. Latynin, that touched upon the deep history, significantly helped to shorten the way. A military writer graduated from Almaty Higher Military Management School in 1979. He remembered Kazakhstan and Almaty with special care and nostalgia. Deepening the conversation, he traced his Cossack roots to the history of the Alan-Sarmatians. “In fact, it is true that the history of the Great Steppe, told by your President Nursultan Nazarbayev, includes the Huns and Saks, the Blue Turks, including the Alan-Sarmatian lineage, that is the origin of my ancestors. That is why, we are brothers and sisters of all nations, large and small, living on such a huge continent as Eurasia”, Valerie Anatolyevich said. The original ideas and valuable suggestions about the brotherhood, friendship between nations and ethnic groups did not cease to be discussed during the poetry festival.

On the second day of the festival, the anniversary events of the national poet began with meetings in schools. The guests were divided into two or three groups and went to meet the young athletes. An honored artist of the Republic of Tatarstan, a poet, translator Rafis Kurbanov and I were assigned to the 16th secondary school named after R.M.Friev in the Balkar village of Hasaniya on the outskirts of Nalchik. My colleague is uncle Rafis, a former friend of the former chairman of the Writers' Union of Tatarstan, a prominent Kazakh poet Galym Zhailybay, who widely introduced to the ordinary Kazakh poets to the Tatar land.

The pupils, who dressed in national costumes and lined up in a ceremonial line greeted the honored guests on the horseback from afar in the traditions of their ancestors.

Kefir on our heads.

We read a poem in the Balkar language, kissed the boy on the forehead and offered him a taste.

After consulting with Rafis, impromptu reading of Keshokov's poems in three languages ​​made a wonderful impression on the audience. In other words, Rafis Kurbanov read a poem in Tatar dedicated to A. Keshokov's best friend and colleague Kaisyn Kuliev, who grew up like twins, I read in Kazakh, and teacher Yuliya Khulamkhanova in Russian language. Both students and teachers listened attentively, understood the verses read in different languages ​​and expressed their gratitude as well.

… A process of reading the poem continued, ie at the round table of the Ministry of Education and Youth Affairs of the Republic of Kazakhstan, as well as at the final evening of the International Poetry Festival “Honor on the Horse” at the Republican Musical Drama Theater. For three days the spirit of poetry and the power of powerful poetry were glorified in the skies of the Caucasus!

After the evening at the theater “Where is my Kazakh child?” – said the laureate of the State Prizes of the Russian Federation and the Kabardino-Balkarian Republic, People's Poet of the Republic of Kazakhstan Tanzila Mustafakyzy Zumakulova, who turned around and sniffed my forehead.

– What are the similar styles of poetry of you and me, – said the national poet with such love. – I greet your poets, led by Olzhas. Unlike in the Soviet era, it is more difficult to get along now…

It should be noted that during the visit, like Tanzila, we saw a representative from Kazakhstan and were eager to talk. It is true that during the tragic years of Stalin's deportation, we were overwhelmed by the special feelings of those who took the refuge in the Kazakhs and Kyrgyz, and returned to their homeland later.

At the dinner table, our balkar friend Kanshaubi Miziev joked and even called himself “Kazakh!” announced. We also expressed our gratitude to the citizen, who explained that he was born in Turkestan and Turkestan is trying to become not only the regional center now, but also the center of the Turkic world.

Many of those who spoke at the table, chaired by the Minister of Culture of the Republic of Kazakhstan Mukhadin Kumakhov, expressed their warm and sincere words about the Kazakh people and Kazakhstan. The people's poet of the republic Ahmad Sultanuly Sozayev shared his interesting recollection that the 160th anniversary of the birth of the great son of the Balkars Kyazim Mechiyev was buried in Taldykorgan region of Kazakhstan in the coming days. Aslan Kuazo, an Ingush poet, said: “I had a very mysterious story to tell you. Let's meet and talk in private tomorrow, not now?”

The next day, during the wreath-laying ceremony at the monument to A. Keshokov, we found time and had a good conversation. The length of Aslan's story is as follows.

About ten years ago I received a Russian translation of M. Auezov's epic “The Way of Abai”. After reading his first book, I came across an incomprehensible situation: “I'm lying to you, it's true to me”. As usual, I'm stuck in something, I can't find a place to put myself, I keep walking, walking … This situation finally made me write. This is how the first book of my three-volume collection “Caucasian Music” was born at that time. For three months I was constantly writing the songs. You are not a poet yourself, I will not explain to you every detail of such a wonderful and magical process. I felt as if I were floating between heaven and earth. People around me may have wondered if something was wrong … I understood that all this was the real power of the great Abai. Three months later, the key has stopped. I was back to normal. Now I can write again. I went to the libraries and looked for Abai's translations. To be honest, I did not understand the Russian translations. I took “The way of Abai” again. I opened the door to another wonderful world. Thus, I got to know Abai through his son Auezov. As you know, the prose is not poetry. Abai`s world shook my mind again. I sat down to write again. This is how my three-volume cycle “Caucasian Music” was born!" Aslan put an end to the story.

A golden ray of sunshine shed by Abai through the great Auezov illuminated the work of the Ingush poet in this way. I believed and understood it without hesitation. Aslan said that he is an eternal brother, spirit and brother to the Kazakh people.

The credo of the Assembly of the People of Kazakhstan, that unites people of different nationalities in Kazakhstan and Kazakh land is the brotherhood of all. Relationship. Friendship!

Once again we turn to the great Abai: “Love all humankind, brother!”

Ministry of Information and Social Development