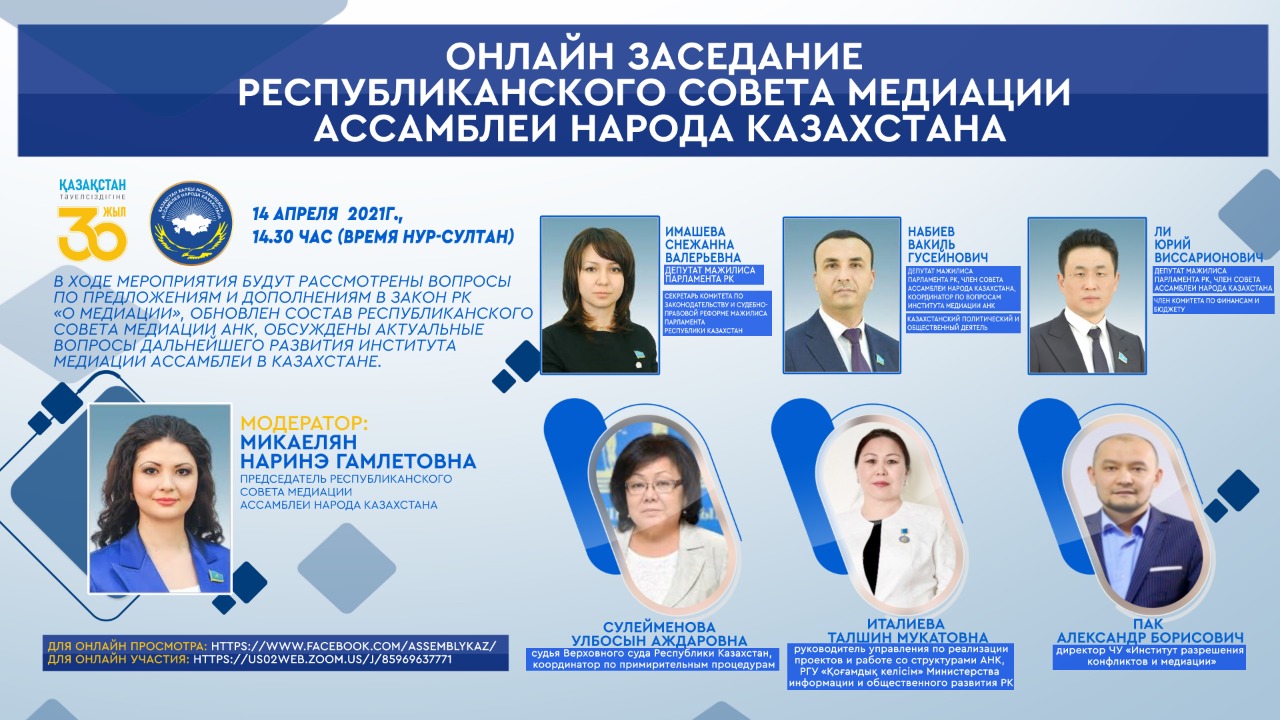 An online meeting of Mediation Council was held 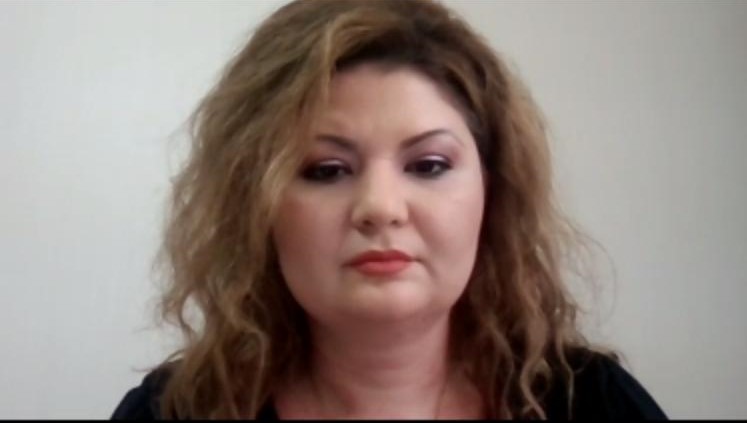 An event was attended by the Member of the Majilis, the Secretary of the Committee on Legislation and Judicial Reforms Snezhanna Imasheva, Member of the Council of the Assembly of the People of Kazakhstan, Member of the Majilis, the Coordinator of the Institute of Mediation Vakil Nabiyev, Member of the Assembly of the People of Kazakhstan Lee Yuri, the Judge of the Supreme Court of the Republic of Kazakhstan, Coordinator for the Conciliation Procedures Ulbosyn Suleimenova, the Director of the Institute for the Dispute Resolution and Mediation Pak Alexander, the Head of the Department for the Project Implementation and Structure of RSE “Public Consent” of the Ministry of Information and Social Development Talshyn Italiyeva, the moderator of the meeting was Narine Mikaelyan, the Chairman of the Republican Mediation Council of the APK, as well as the members of the Mediation Council of the APK, and the heads of professional mediation centers.

During the event, the topical issues of further development of the institution of mediation of the Assembly in Kazakhstan were discussed, as well as proposals and additions to the Law of the Republic of Kazakhstan “On the Mediation”. In particular, the issue of establishing the specific standard responsibilities of professional and non-professional mediators and the replacement of the position of “Non-professional” mediator with a “Public” mediator was raised there.

Congratulation messages on the Day of Defenders of Kazakhstan