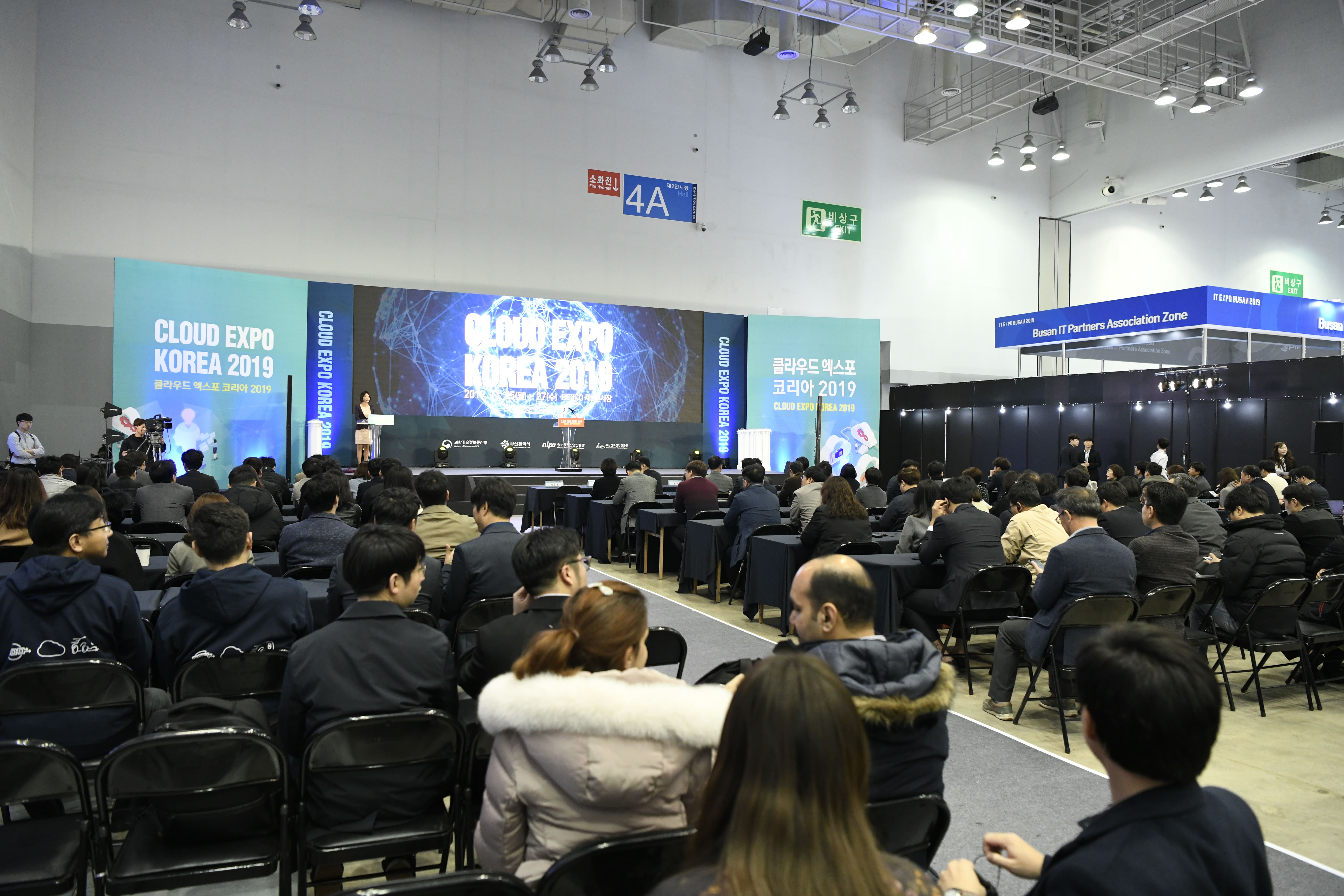 BUSAN - On November 25-26, Busan hosted the Commemorative Summit with Association of Southeast Asian Nations (ASEAN) attended by South Korean President Moon Jae-In, and the leaders of 10 ASEAN member states. This year’s Summit marked 30th anniversary of the dialogue partnership between the Republic of Korea and ASEAN.

By the results of a two-day summit, a joint ASEAN-ROK statement on the prospects for peace, prosperity and partnership was announced, which will further strengthen the strategic partnership between ASEAN and the Republic of Korea.

The ASEAN Culture Innovation Summit, Smart City Fair and a number of other events were held under ASEAN-ROK Commemorative Summit. 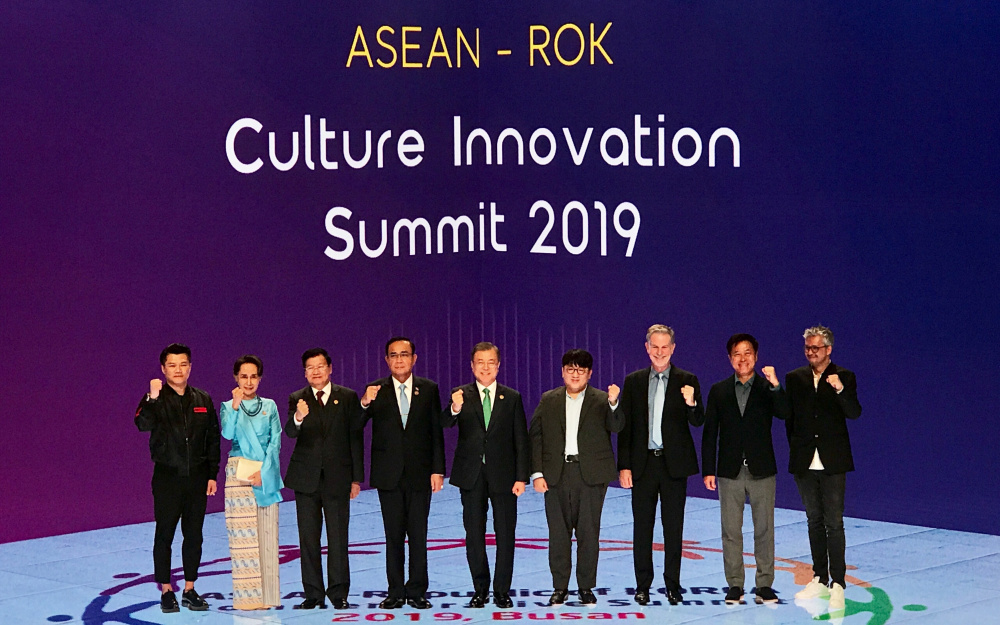 The ASEAN Culture Innovation Summit was held as a platform to promote cultural cooperation and share the ideas between the ASEAN and Korea.

Distinguished cultural content experts including Big Hit Entertainment CEO Bang Si-hyuk and Netflix CEO Reed Hastings spoke about the success in the cultural industry and shared their experiences and visions for content.

As Honorary Reporter Isabelle Pia Sison from the Philippines noted, “Korea is one of the leaders in creating cultural content in the world”.

“Through the ASEAN-ROK Culture Innovation Summit, it was inspiring to learn more about the key aspects of how big industries in the world utilize the beauty of the Korean culture and language in their respective products. It was also touching for the speakers to emphasize the importance of ASEAN people loving their own cultures and seek the full potential of our own unique characteristics in spreading cultural diplomacy between nations. Korea's priority in Culture Innovation was also evident as this event was graced by the presence of the South Korean President Moon Jae-in. We were able to see his initiatives in bringing together the cultures of Korea and the ASEAN region."

The attendance of South Korean President Moon Jae-In was a great surprise for Honorary Reporter Theresia from Indonesia. 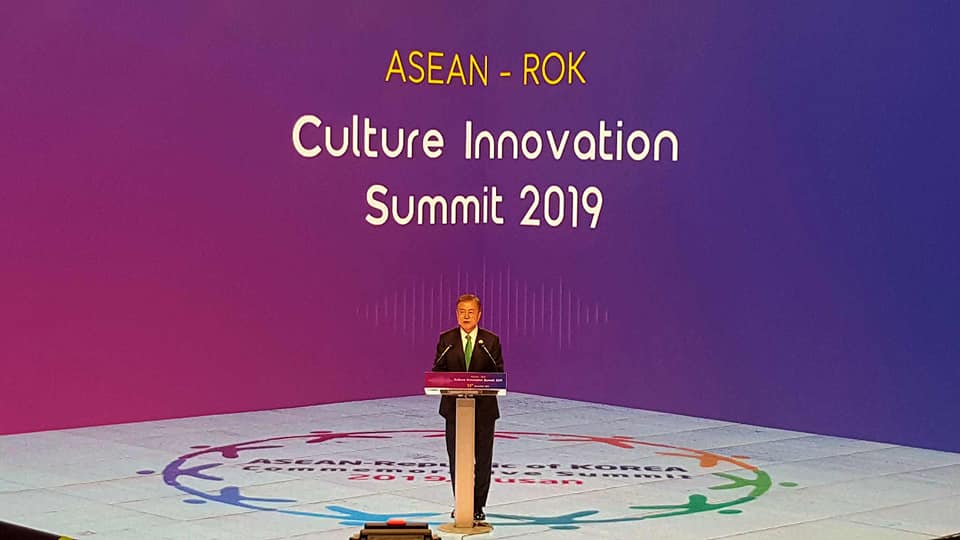 “I was lucky to join the ASEAN-ROK Culture Innovation Summit because here I got to see President Moon Jae-in up close. I didn’t know he would give welcoming remarks for this summit until I read the schedule on the summit booklet. Joining the 1st part, I got to learn that the power of technology was the main key behind the success of K-Pop Idol BTS and Netflix. Big Hit Entertainment CEO Bang Si-hyuk created good content through global boyband BTS by utilizing the Youtube technology. Reed Hastings, CEO and Founder of Netflix introduced how great stories from Korea and Asia were traveling across borders and languages through Netflix using the power of internet streaming technology.” 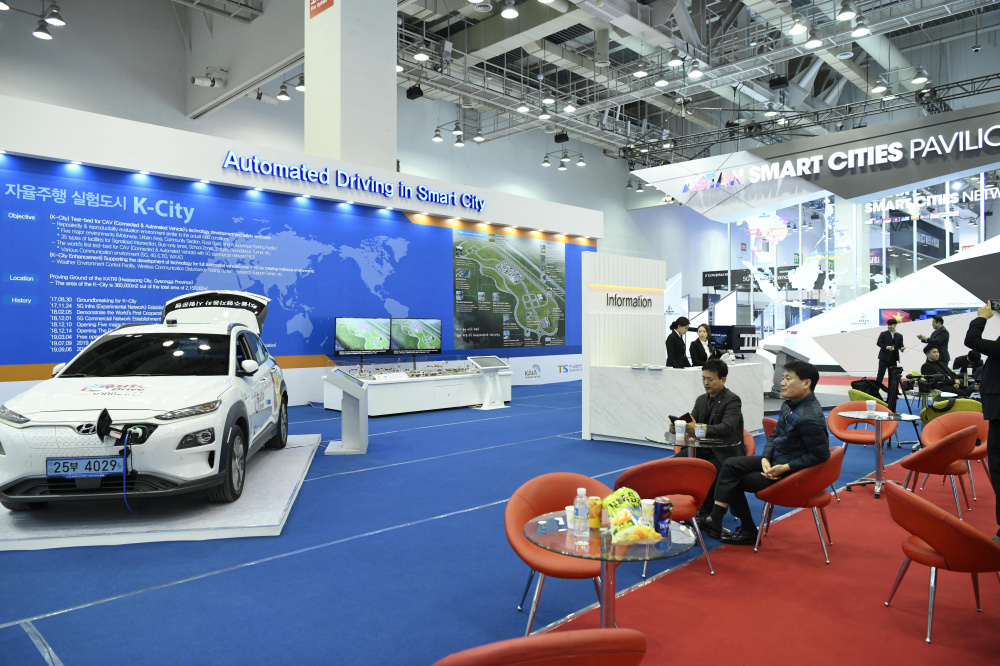 2019 ASEAN-ROK Smart City Fair was attended by 119 companies from 10 ASEAN member states and demonstrated the results of cooperation on smart city between ASEAN and the Republic of Korea.

Smart City project is an essential element of the industrial policy of the Korean government. This is a vital component for improving the life quality of residents and thriving South Korea’s economy.

Sejong Smart City and Busan Eco Delta Smart City pavilions showcased innovative solutions in sectors such as transport, security, environment and others. Sejong is a new administrative city with the latest information and communications technology infrastructure and systems. One of the significant solutions in the development of the city is water management and installation of an automated waste collection system. 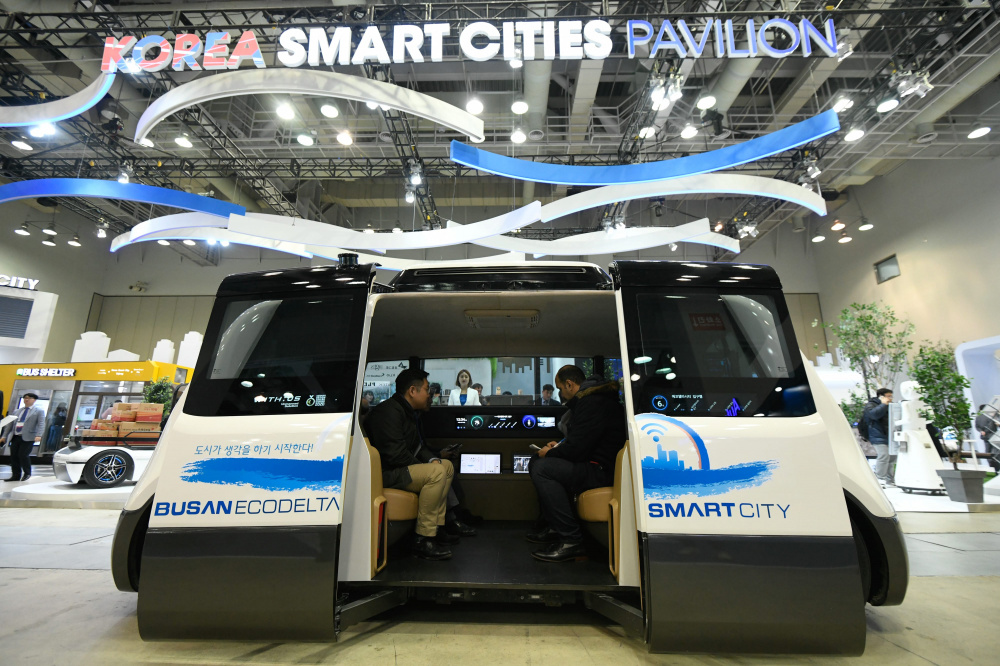 The system of municipal waste collection in the sanitary-ecological way with the use of an underground pipe and high air pressure connected to the sewerage system is implemented in the residential complex.

It was possible to see the process of intelligent waste recycling into compost or fuel using bio-treatment and fermentation technology at the pavilions as well. The food waste is mixed with brown coal biochips in the mixing process at the mixing reactor stage 1 and dissolved by fermentation for 7 days. Then it is converted into compost at the second stage of reactor aging within 2 days. 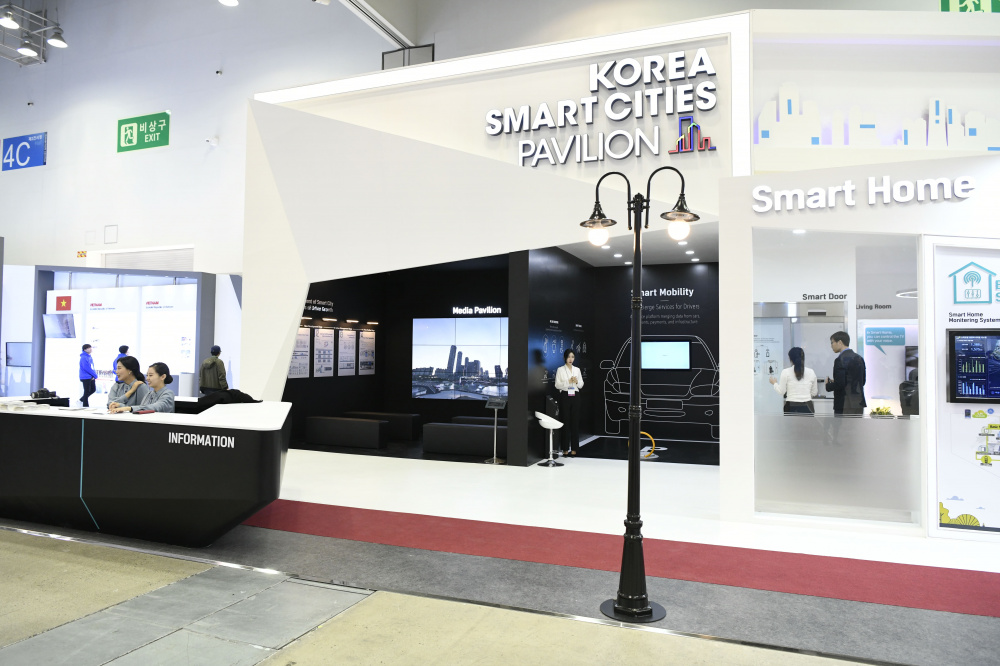 The Government also plans to install more bus shelters equipped with Wi-Fi, video surveillance, air conditioning, emergency alarm button, terminal information and air quality indicator. There are already 12 of them, and South Korean authorities intends to increase the number of these bus shelters up to 30 by the end of next year.

“I liked two of the panels most. One is the Smart Water by Korea Water Resources Corporation. It was interesting to see how South Korea uses and works with water supplies. I think more people should know about this technology.
The second panel that surprised me was the LH Food Waste Bio-Recycling Systems. I didn't know that most Koreans recycle and these technologies are installed almost in every new building in Korea.”

2019 ASEAN-ROK Smart City Fair was held at Busan Exhibition and Convention Center during November 25-27 and was hosted by Korean Ministry of Land, Infrastructure and Transport and Busan Metropolitan City. The fair offered a look into future technologies with the focus on eco-friendly lifestyle and gave opportunity for companies of related industries to establish partnership.