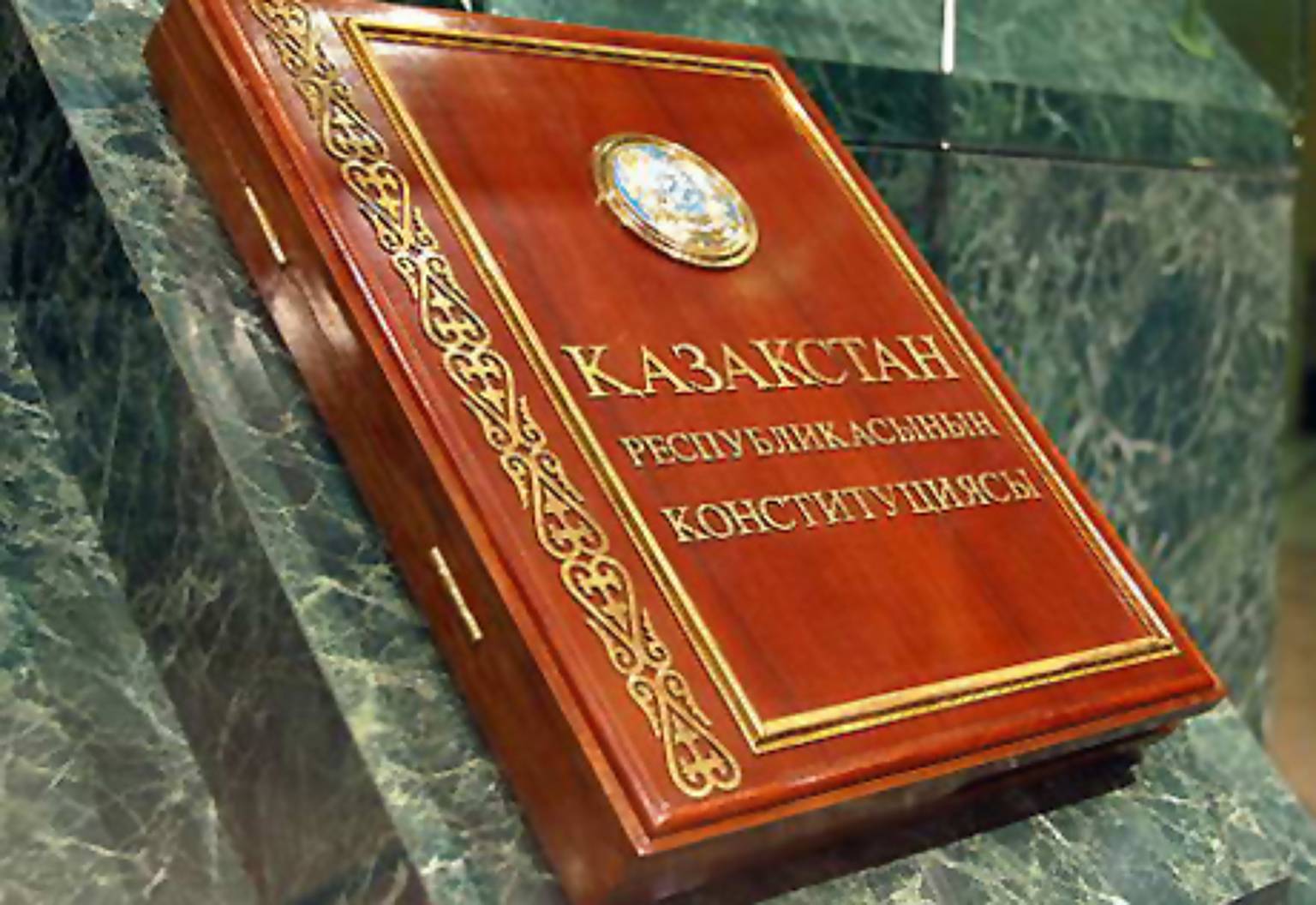 Constitution is the backbone of independence

Kazakhstan is marking 25th Anniversary of the Constitution

There are many significant events in our country this year, one of those events is the 25th anniversary of our Constitution. At present, it is clear that the Constitution of the Republic of Kazakhstan has become the basis of all national values ​​and civic dignity. At the same time, the main law has been established as a source of statehood and unity. Besides that, the role of the Constitution has not diminished in bringing the government and people closer.

Nowadays, the number of citizens who accept the Constitution as a guarantee of stability and democracy is growing every year. It would not be an advantage, if the citizens of the country remembered the structure and draft of the Constitution of Kazakhstan, enacted in 1995. Our Constitution has definitely brought the significant changes in country`s life. In short, it is worth noting that during this crucial period, more than 20 versions of the world's constitutions had been considered and the most effective aspects were taken into account when structuring our Constitution.

Therefore, over the past 25 years, the quality of life and work of citizens in the country, and the quality of rest and health care has significantly improved within the framework of the main provisions and paragraphs of the Constitution as well. At the same time, there is every reason to believe that effective economic mechanisms that can benefit the nation have been created during this time and the foundations of a democratic society have been laid too.

We, the people of Kazakhstan, united by a common historical destiny, building a statehood on the ancient Kazakh land, understanding ourselves as a peaceful civil society committed to the ideals of freedom, realize our high responsibility to present and future generations. We are a country that has adopted this Constitution on the basis of our sovereignty, so respect for the Constitution is our main duty to inaugurate it. If we want to establish the rule of law in Kazakhstan, we must be able to comply strictly with the Constitution, all laws and other legal acts based on it.

A Constitution embodies the common values ​​of mankind, formed over thousands of years, the idea of ​​unity and peace, consisting of the honor and dignity of our ancestors. Therefore, a new Constitution has been approved in 1995. The main features of the new Constitution are that it defines the legislature of the executive and judiciary bodies. Also, it determines their competence and the unity of interaction in legal terms.

The Constitution declares the Republic of Kazakhstan as a democratic state. First of all, its democracy is manifested in ensuring the rule of the people within the state. An article 3 of the Constitution states that the only source of state power is the people. This constitutional norm shows that Kazakhstan is a people's state. Recognition of the people as the owner of supreme power is a manifestation of the country's independence. Most importantly, this document leads society and the state to the ranks of civilized countries, not only through its norms and principles, but also through its established ideas. Other than this, one of the main tasks in becoming a country is to increase respect for the Constitution.

The provisions of the Constitution on human rights and freedoms also affect the content of other sectoral legislation. According to the Soviet mentality, it is no longer possible to see a person as a violator, but, the presumption of innocence has become widespread on the contrary. As it was enshrined in our Constitution, the principles of respect for the individual, non-violation of his personal rights, equality before the court and the law have become a modern ideology. It is safe to note that the supremacy of natural human rights is the main activity of the state.

According to subsequent constitutional amendments, arrests were sanctioned by the courts. This innovation should be considered as an important part of the state's approach to well-known standards in the field of human rights protection. This is the first step in expanding judicial control and introducing guarantees for preliminary investigations. Nowadays, the country's judicial system is implementing measures aimed at further development in accordance with the Constitution. It is definitely true that the judicial system has become a stable, reliable legal guarantee of society.

As the judiciary body is considered as one of the three powers, Part 7 of the Constitution deals with courts and justice, in which justice in the Republic of Kazakhstan is administered only by the judiciary system.

In conclusion, our Constitution is a reflection of the real sovereignty that our people have desired over the centuries. Therefore, every citizen of the country is obliged to understand the content of the Constitution, to observe and respect its requirements and principles.