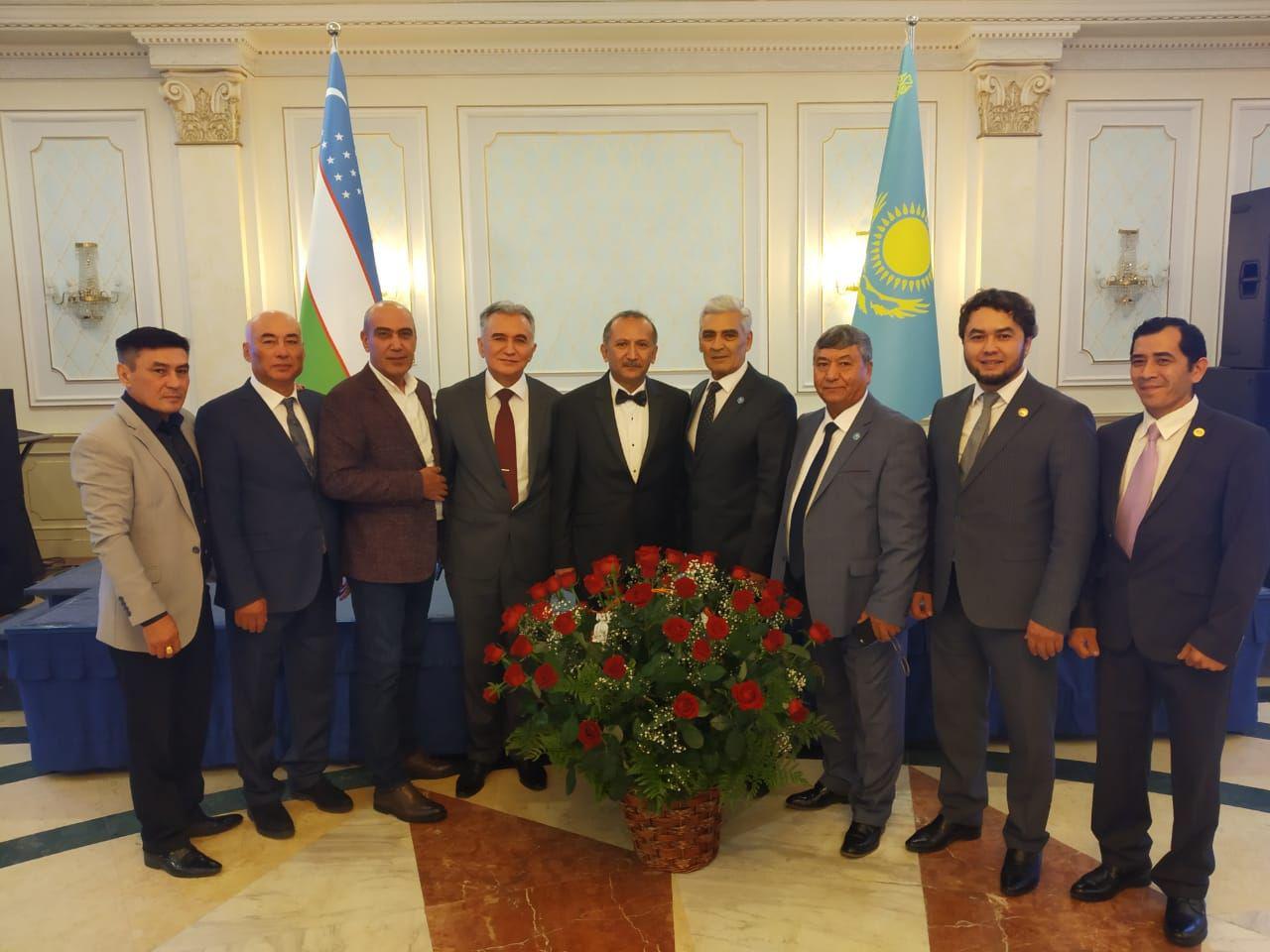 Zhanseit Tuimebayev: The historical and cultural interaction between the Kazakh and Uzbek people is reinforced by the common past

The Embassy of Uzbekistan held a solemn event on the occasion of the Independence Day of the Republic of Uzbekistan. 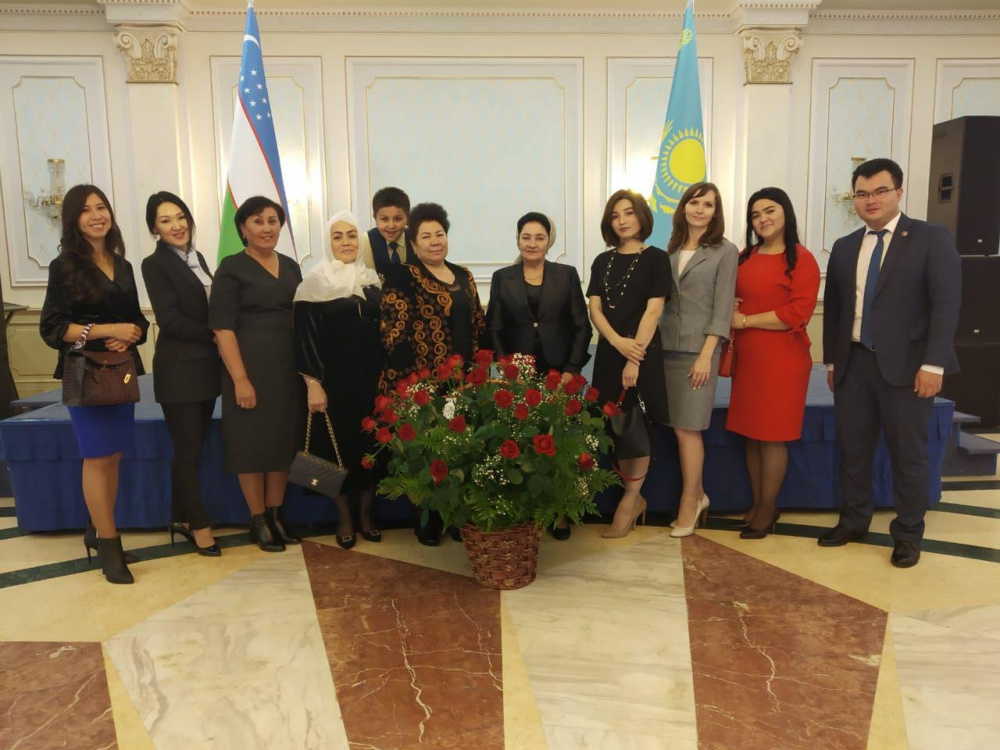 This year the neighboring brotherly country celebrates the 28th anniversary of independence. On this occasion, the Ambassador of Uzbekistan to Kazakhstan, Mr. Saidikram Niyazkhodjaev, congratulated the entire diplomatic corps, Deputy Chairman of the Assembly of People of Kazakhstan Sherzod Pulatov read out a congratulatory letter on behalf of APK’s Secretariat of the Executive Office of the President of the Republic of Kazakhstan.

In the course of his congratulatory speech Sherzod Pulatov read the text on behalf of Deputy Chairman of APK Zhanseit Tuimebayev.

"Please accept our sincere congratulations on the 28th anniversary of the state independence of the Republic of Uzbekistan! Independent Uzbekistan has been effectively addressing strategically important issues and has achieved great success in socio-economic development.

The historical and cultural interaction between the Kazakh and Uzbek peoples has its roots in the depths of time and is backed by a common past. We are united by a common language, religion, culture and traditions. This is a living thread that connects the past, present and future, a guarantee of eternal friendship. I am confident that cooperation between our brotherly countries will only be strengthened and improved.

A number of state programmes aimed at developing economic, social, agricultural and other spheres are currently being implemented in Uzbekistan. President of the Republic of Uzbekistan Shavkat Mirziyoyev has turned the course of the country's development towards the creation of a new image based on generally accepted democratic values. The priority idea "From national revival to national progress" is being implemented in the neighboring state. Thanks to this programme, the welfare of the people is growing and the life of the population is improving.

During the meeting, the Ambassador noted that Uzbekistan has always paid special attention to expanding cooperation with Kazakhstan. The first state visit of President Kassym-Jomart Tokayev has demonstrated the continuity of Elbasy's policy and opened wide opportunities for practical interaction in trade, economic, investment, transport and communication spheres, as well as for deepening cultural and humanitarian dialogue. 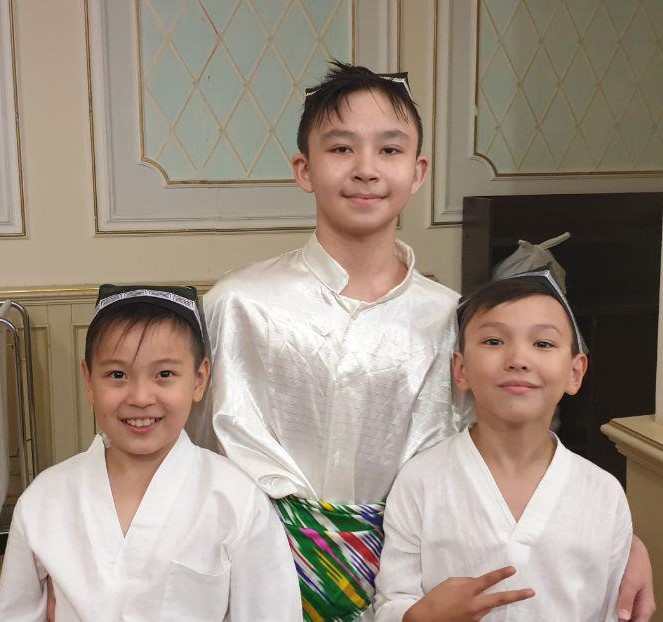 Trade turnover between Kazakhstan and Uzbekistan has grown by 50 percent and exceeds 3 billion dollars. The goal is to raise this indicator to 5 billion dollars by 2020.

Different forums are actively held in two countries, inter-parliamentary cooperation is developing as well. A solemn opening ceremony of Beineu-Akzhigit-Uzbekistan border highway section was held in July this year.

The two countries have also been actively expanding ties in the cultural and humanitarian sphere. For example, last year Kazakhstan declared the Year of Uzbekistan. In turn, this year Uzbekistan celebrates "Year of Kazakhstan", within the framework of which various cultural and mass events aimed at further strengthening the strategic partnership between the two countries are held.

Use of materials for publication, commercial use, or distribution requires written or oral permission from the Board of Editors or the author. Hyperlink to Assembly of People of Kazakhstan portal is necessary. All rights reserved by the Law RK “On author’s rights and related rights”.  To request authorization email to ank_portal@assembly.kz.

Embassy of the Republic of Uzbekistan Independence Day