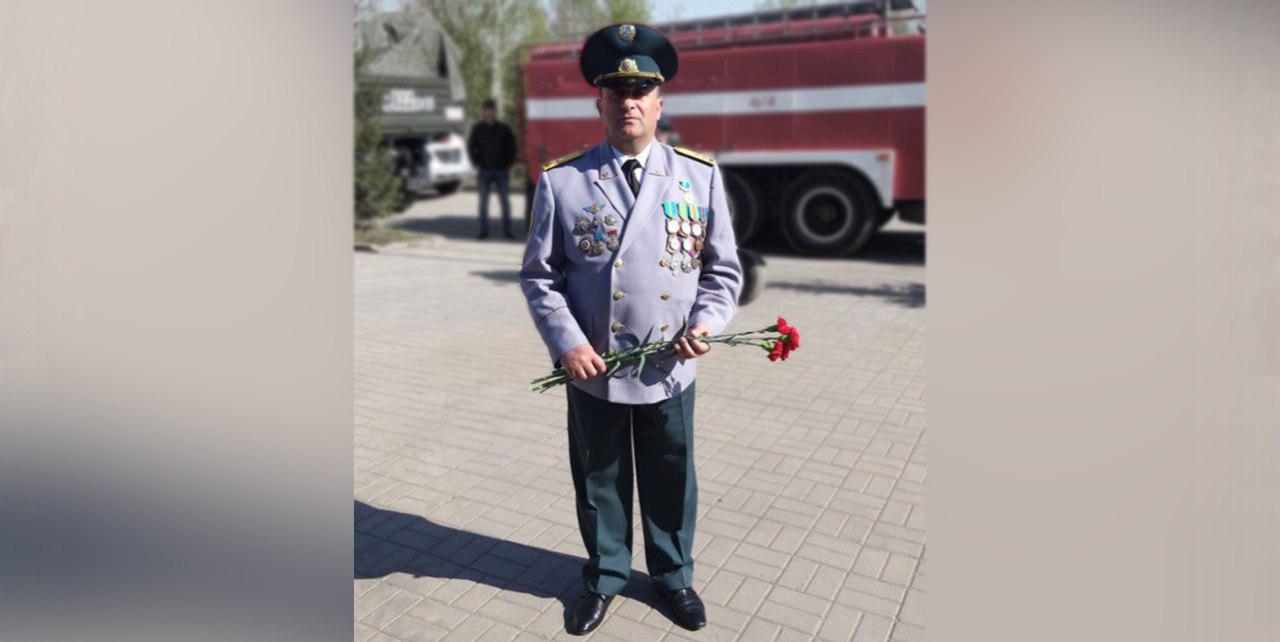 SAAK SALUMYAN: A PERSON IN UNIFORM IS THE FACE OF THE STATE

Every year on June 23, Kazakhstan celebrates the professional holiday of law enforcement officers - Police Day. This day is a sign of gratitude to the law enforcement officers, who daily, risking their lives, ensure order and security in society. On the eve of the holiday, we interviewed the chairman of the Armenian ethno-cultural association "VAN", retired colonel Saak Salumyan, who worked in the structure of the Ministry of Internal Affairs for almost 20 years.

-Saak Akopovich, what was the reason for choosing this difficult profession? Perhaps you decided to follow in your father's footsteps?

- My relatives are not connected with the police, they are mostly people of art - singers, dancers, artists. My mother was raising five children and was an honored artist of Armenia. My father was the chief engineer of artificial constructions. And since childhood I wanted to become a policeman and fight crime. At that time I was drawing well, I even had a challenge fr om the Leningrad Academy of Art, I could get there without an exam. But I secretly went through a commission at the Armenian Interior Ministry. My parents were shocked when they found out that instead of the Leningrad Academy of Art, I entered the Novosibirsk Higher Command School of the USSR Ministry of Internal Affairs.

After graduating from the school, I was assigned to the General Directorate of the USSR Interior Ministry troops in Almaty. Since I could not stand the heat, I was sent to the city of Pavlodar. It was there that a special motorized police unit was being formed. Those who applied for the formation of a special police unit in Pavlodar were Major General, Chief of the Interior Ministry L.A. Zhaltyrov, who for me was a great authority and mentor.

We had a multinational squad in the unit, the commander was a Tatar, the chief of staff of the battalion was a Kazakh, the deputy chief was a Belarusian, the second deputy was a Moldavian, the third deputy was a Ukrainian and I am an Armenian officer.

—Do you remember how your first day in service went?

—On the day of my arrival in Pavlodar I immediately started working. And on the first day I detained three criminals for various crimes - theft, extortion and petty hooliganism. I was nicknamed "saiga" in the Internal Affairs Department because I was running very fast. Once I had to run almost two blocks after the criminal, and despite my heavy uniform and stunting, I caught him.

The next day, the head of the Internal Affairs Department himself came to the divorce and handed me a 70 rubles bonus - it was a lot of money at the time. And on Soviet Police Day, which we celebrated on November 10, I received my first honorary diploma from Major General L. Zhaltyrov - it was a real honor for me. At that time I was the first of the young lieutenants to be awarded this honorary diploma.

—What skills do you need to have if you want to connect your life with the police?

—A real policeman should be a good psychologist, able to listen to a person. It must be a person who is committed to his cause with all his heart, who is not afraid of dangers, difficulties, who agrees to devote his life to people and working to risk his life. Also, it is necessary to have a responsible attitude to the form. Having dressed as a policeman, a person should think twice before taking any step. First of all, a person in uniform is the face of the state. Who do you see first when you fly to another country at the airport? That's right, a man in uniform. From him is formed the first impression.

—How did you come to Tselinograd?

—Until 1998, I served in Pavlodar, then I was transferred to the Central Apparatus of the Interior Ministry in Tselinograd. I left there a year later, worked as a deputy commander of the police regiment. A year later, I was returned to the Central Office, wh ere I worked until I retired.

-Everybody knows that being a policeman is not an easy job. What difficulties and hardships did you face in your work?

-It was hard when things didn't work out. However, I never regretted that I made such a choice, on the contrary, it was always an honor for me to wear uniform.

Even when we were sent to hot spots in Uzbekistan, I never told my parents about it. When my father accidentally found out about it, he told me to quit my service right away. But I flatly refused. It was only when he came to me in Pavlodar and saw my attitude towards work that he said: "Son, I am proud of you for wearing this uniform.

-If your children had decided to follow in your footsteps, how would you react?

-I have no sons, I have two daughters. The eldest daughter has moved on to the fourth year, studies international law, will be a lawyer. And the youngest daughter thinks about it, but I will not interfere with her decision, as it is her choice.

-What are your wishes for future police officers?

-The children must understand that this is a service that we have to carry out 24 hours a day. Conscience and hands should always be clean. I wish that all those who have embarked on this path, reached the general's shoulder straps and treated their work with the soul. The most important thing is to love your service and listen to the advice of your mentors!