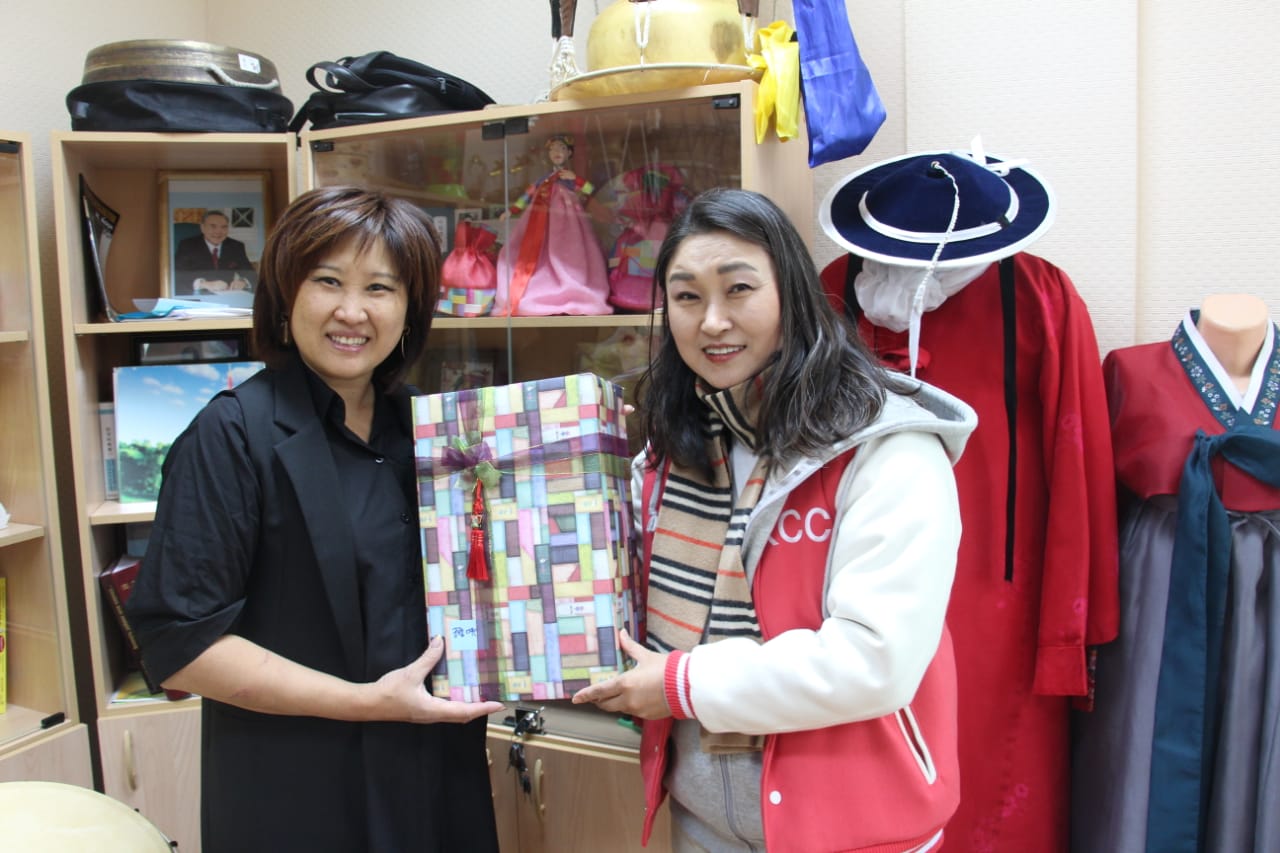 “Now I understand why Russians meet guests with bread and salt”, said Ms. Lee Heran, Director of Korean Cultural center of the Embassy of the Republic of Korea in Kazakhstan, in the symbolic "Russian log hut" of the House of Friendship ("Qogamdyk Kelisim" MPI). 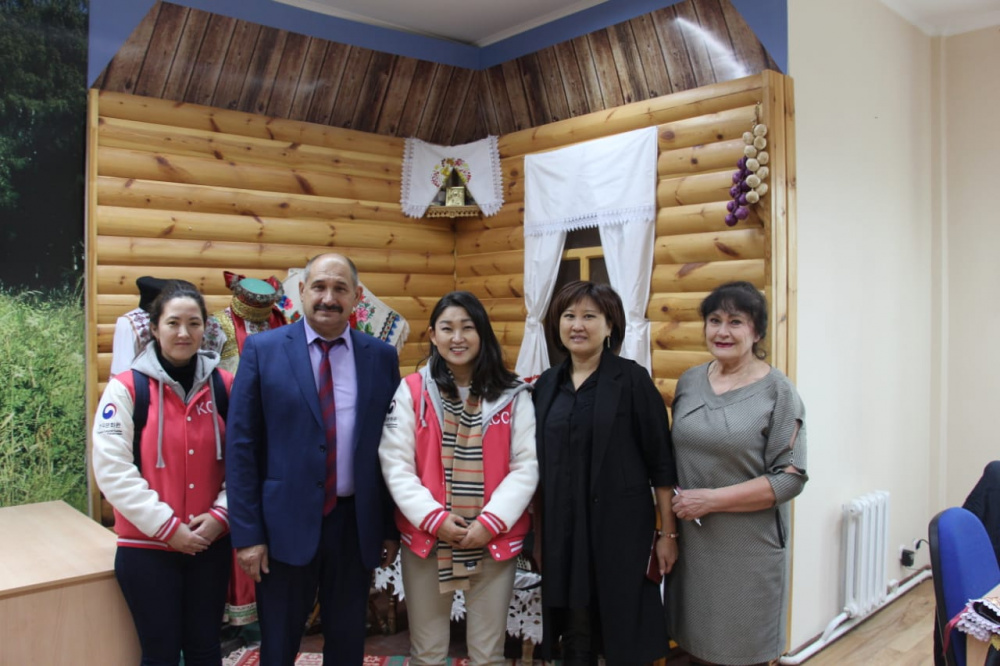 According to her, the great mystery of the distinguished guest was solved with the explanations of Alexander Artemenko, Chairman of the Public Association "Russian Community": "People should be united both in joy and in grieving, which is symbolized by salt in ancient Russian rite".

It is consistent with the history of ethnic Koreans who came to the Kazakh land more than 80 years ago, who, according to Nursultan Nazarbayev, Chairman of the Assembly of People of Kazakhstan, "did not turn into the dust of history" thanks to the brotherly help and support of the people who met them. Kazakhstani Koreans have managed to become a worthy and respected part of the united people of Kazakhstan.

One cannot but say that the excursion to the House of Friendship lasted much longer than planned. The interest of the high Korean delegation to the exposition of each ethno-cultural center was huge. And every album, souvenir, books were seen in the Korean room.

“There is so much in common between Kazakhs and Koreans," said Ms. Lee Heran. “Kazakh and Korean belong to the Altay group, with a similar semantic range. We, as well as Kazakhs, treat with respect the elders, value kinship ties and warmth of the home. We also value peace, stability and friendship.

She praised the work of the Korean ethnocultural center "Chinsong" and Lyudmila Lim, its chairman - a true enthusiast of the favorite business. One of the most important evidence of it – Korean language classes. On Sundays more than 40 people study in two shifts. Ethnic Koreans are a minority among the students of different ages. "First hip-hop, then interest in modern Korean music, and hence the desire to know the language," says one of the most talented students on his way to a Korean language class. 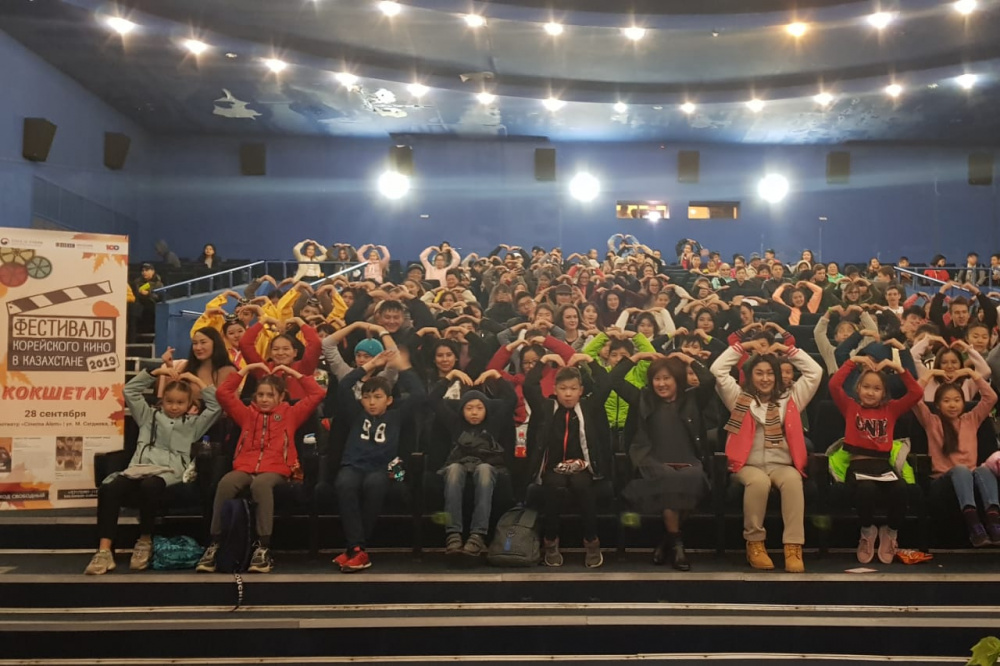 "It's a pity I didn't get a chance to learn my ancestors’ language when I was a child. Now we want to fill this gap, we come here with our children. So that they do not regret the missed opportunities after many years. Mothers and children is the usual practice here.

Lyudmila Lim (she also teaches her mother tongue) says that children of all ages and nationalities often have a desire to study in higher education institutions in Korea. Well, that's the right of young people. There are many examples of Kazakhstani graduates of Korean universities working successfully in their homeland.

The reason for the visit by the staff of Embassy of the Republic of Korea in Kazakhstan in our city was the festival of Korean cinema organized by Korean Cultural Center. Kokshetau locals were able to watch the films “Man On The Edge” (comedy) and "The Face Reader" (historical film). Korean film fans could get acquainted with information about Korean culture, cuisine, cinema, etc.

Before the film presentation, the audience could see traditional Korean dances showed by participants from "Chinsong" Korean Cultural Center.

Korean Cultural Center Embassy of the Republic of Korea in Kazakhstan